I have promised I would have something written about my Hack In the Box 2012 Amsterdam conference experience.

First thing, it was one of the best security conference I have ever been. Big props to Dhillon (@l33tdawg) and the HITB crew for organising such event. I have been organising conferences in the past (OWASP NZ Day 2009 and 2010) and I know something about what happens in the background.

The conference venue was awesome, a pimping five stars hotel ;-) and again need to thank the crew for the wise choice. Bad thing is that I checked out with my wallet "lighter" than usual, after having dinners at the Japanese restaurants and trying all the amenities of the fitness center.

My talk (pdf || slideshare) was on the first day along with two other media interviews with Mirko Zorz (@helpnetsecurity) of Help Net Security and Edward Kovacs (@EduardKovacs) of Softpedia.

Both interviews went pretty well and they will be published soon. Unfortunately, I wasn't able to see many talks during the first day. However, I have found interesting and entertaining reading the slides of the following presentations:

On the second day, I enjoyed Nicolas Gregoire (@Agarri_FR)'s talk about "Attacking XML processing". His demo part was very cool and it gave me some new ideas. Attended Steven Seeley (@net__ninja) talk about Ghost In the Windows 7 Allocator, from which I learnt several things I didn't know about Windows heap. Also attended some talks which are unrelated to my current area of research and which resulted to give me some collateral ideas:

During the conference, I have spent some great time going around Amsterdam with with  @net__ninja. 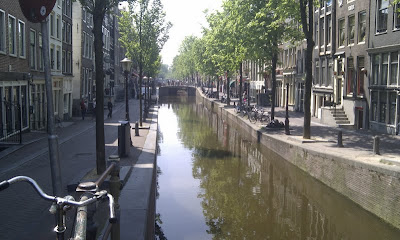 Also met with Peter Van Eeckhoutte (@corelanc0d3r) from the Corelan team, who I need to thank for the very cool article he wrote about my talk. I also had few beers with Fred Raynal (@fredraynal) and met new friends, such as Claudio Guarnieri (@botherder) and Marco Balduzzi (@embyte).

After my presentation, I have met with Arthur Gerkis (@ax330d) and Christian Holler (@mozdeco) - they both gave me some new ideas for fuzzing browsers, which I expect to adopt and try in the next few months.

Hopefully, I will have a chance to get an invite to the HITB KUL next year ;-). I will definitely re-submit next year to HITB2013AMS if I got new things to share.

Finally, all the bugs, demo and exploits which were shown during my preso will be released sometime soon so please keep watching this space or follow my tweets if you are interested ;-).

Other blog posts about HITB2012AMS which you might find relevant: